The Neuropsychology of Procrastination (3 min)

The Neuropsychology of Procrastination

Recent research uncovered indications that procrastination has neurological roots. A 2011 study published in the Journal of Clinical and Experimental Neuropsychology describes procrastination as a failure of self-regulation. A human’s cognitive management system, known as “executive function,” resides in the prefrontal cortex of the brain (right behind your forehead) and is associated with problem solving, planning, and generating strategies for complex actions. You can see in the graphic below that this system impacts things like: 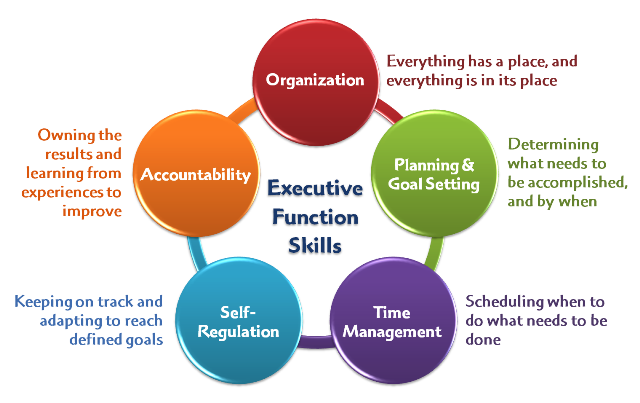 In short, if we always operate from within the executive function portion of our brain, we wouldn’t procrastinate.

But, as you know, our brains also provide us the ability to experience and deal with emotions. This happens in the limbic system, which is a deeper, more visceral part of your brain where it processes not only emotions and feelings, but cravings and immediate gratification. The limbic system simply doesn’t care about tomorrow. Piers Steel, a professor at the University of Calgary who studies procrastination, believes that procrastination is intimately tied to our emotions. More specifically, it has to do with the interaction between the prefrontal cortex and the limbic system:  The rational, hard-working prefrontal cortex and its executive function can easily be overwhelmed by the visceral, emotional “demands” of the limbic system, leading us to choose pleasure (or avoidance of pain) for now rather than do what we know we should for longer term benefits. Where executive function is weak, the limbic system wins the game.

Researchers found that people who frequently procrastinate tend to have difficulties initiating, planning, and organizing materials. And consequently when they face a task for which they feel unmotivated or unprepared, it’s easier to procrastinate. Furthermore, their working memory–the capacity to hold information in their mind long enough to complete a task–is often more limited, contributing to the feeling of unpreparedness and consequently stress. And, it’s probably no surprise that they are likely to be easily distracted, have poor impulse and emotional control, and have trouble staying on task.

One immediate take-away from this, however, is that improving one’s abilities to plan and organize should result in that person feeling more capable, more confident, and more prepared, and consequently, lead to less procrastination!