Starting the Conversation about Perfectionism (7 min)

Starting the Conversation about Perfectionism

Wouldn’t it be nice if your doctor or car mechanic were a perfectionist?

“Actually, no.” says Thomas S. Greenspon, a psychologist. “Research confirms that the most successful people in any given field are less likely to be perfectionists because [their] anxiety about making mistakes ultimately gets in the way. Waiting for the surgeon to be absolutely sure the correct decision is being made could allow me to bleed to death.”

Still, wouldn’t we all like to be perfect and get things right every single time? Those who pursue perfection at work have many positive qualities: perfectionists are obviously dedicated, focused on their work and insist on excellence. They are also often smart, detail-oriented and hold themselves (and others) to high standards. Sometimes, the smallest details do matter and perfectionists can shine in those roles.

Also, note that this is not simply a binary consideration where you (or your colleagues) are either super-productive-project-finishers on one end vs. procrastinating-perfectionists on the other. At different times, we all fall somewhere on the spectrum and bounce among the potentials of fear of failure and nitpicking on one end, and producing satisfactory work or work that is both excellent and timely on the other.

In this video (3 min), Oprah chats with psychologist Brené Brown about how perfectionism can prevent us from putting ourselves out there and having our work seen.

There is a dark side to perfectionism that you may be familiar with if you’ve ever been micromanaged or had to deal with constant criticism from a boss or colleague. You or someone you know may be a perfectionist if you notice some of the traits on the following page. Let’s go! 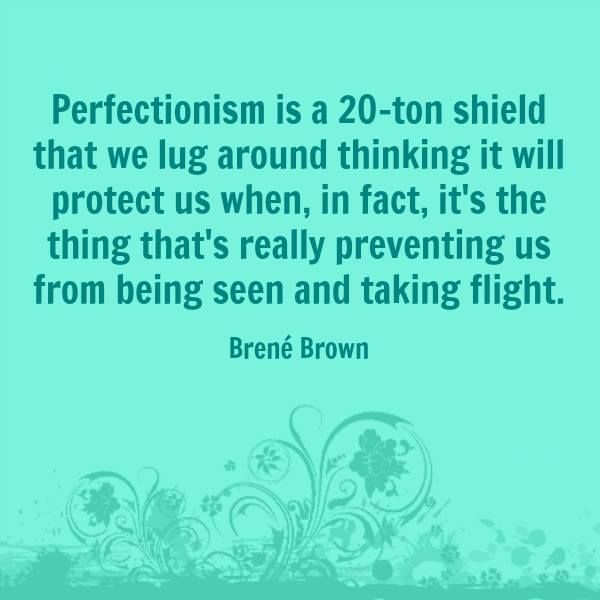